A Destination in the Making

Headwaters Junction was conceived over a decade ago as a way to capitalize on the allure and success of Fort Wayne’s railroad attractions and make downtown Fort Wayne a destination city.

Since then, it’s been endorsed by a dozen community and neighborhood organizations, included in the 2015 riverfront plan and has up to 2 million dollars in donations and gifts committed to making it a reality.

You can review the incredible journey of this project below.

2020 – Headwaters Junction, Inc. and the City of Fort Wayne agree to work together to develop a regional attraction.

2016 – Stone Consulting study finalizes report which estimates that Headwaters Junction project will attract 140,000 visitors to Fort Wayne, cost between 15-20 million dollars and have an economic impact of 60 million dollars. New renderings and findings are released to the public. An additional $37,000 is raised through the Community Foundation for additional project funding.

2016 – Stone Consulting is hired to conduct a feasibility and marketing study. FWRHS raises an initial $70,000 to fund the study. Donors include Steel Dynamics, PNC Bank and the Greater Fort Wayne Community Foundation.

2016 – Headwaters Junction is endorsed by Visit Fort Wayne: “Headwaters Junction would be a nod to Fort Wayne’s train history and showcase a unique, authentic asset. That’s what visitors want in their tourism experiences – authentic and unique. It would also be synergistic with the other neighboring historic attractions, the Old Fort and Wells Street Bridge.”

2015 – Headwaters Junction is officially included in Riverfront Fort Wayne master plan in February, with a new site selected between Harrison and Wells Streets (current site of a Pepsi distribution center and adjacent to Fort Wayne Outfitters, the latter of which is housed in a former New York Central passenger station.) SWA Group states “Headwaters Junction would be a catalyst for Fort Wayne.”

2014 – Norfolk Southern’s support for planning and development is documented in December. “Norfolk Southern looks forward to working with the City and the Historical Society on the Headwaters Junction project.”

2012 – Legacy Fort Wayne Committee endorses Headwaters Junction after lengthy review of development proposals. Headwaters Junction is the only specific plan advanced by a committee. “The Headwaters Junction proposal proved to be big, bold, and transformational. Incorporating this feature within a mixed-use development should not be overlooked. The consulting form should give HWJ its due diligence when developing a vision for our riverfront and North River.”

1986 – Landscape Architect and Headwaters Park designer Eric Kuhne proposes creating “Grand Central Park” at 4th and Clinton Streets, which would include a railroad tourist attraction and a streetcar system. 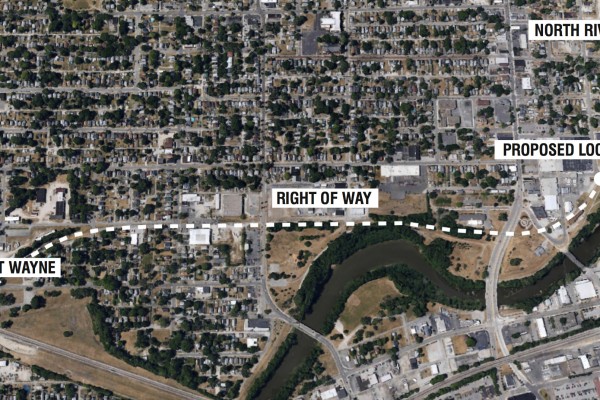 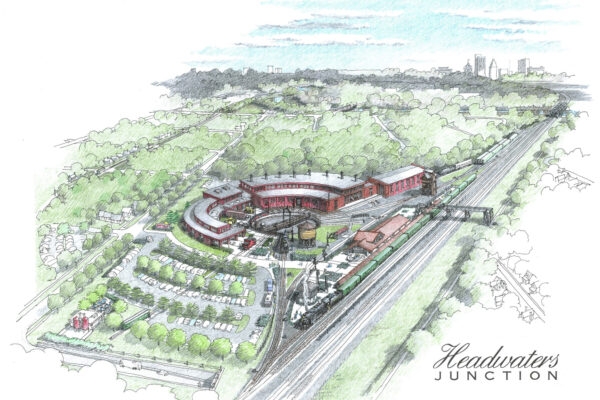 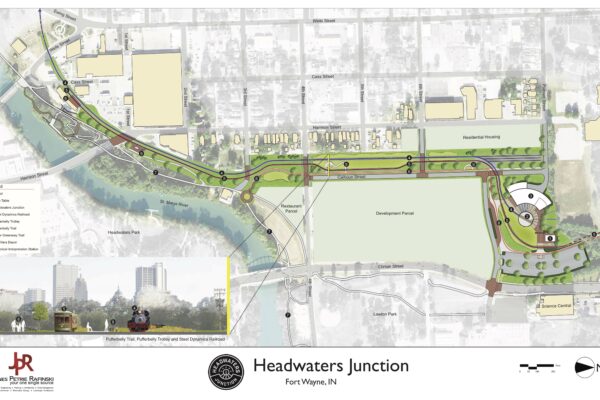 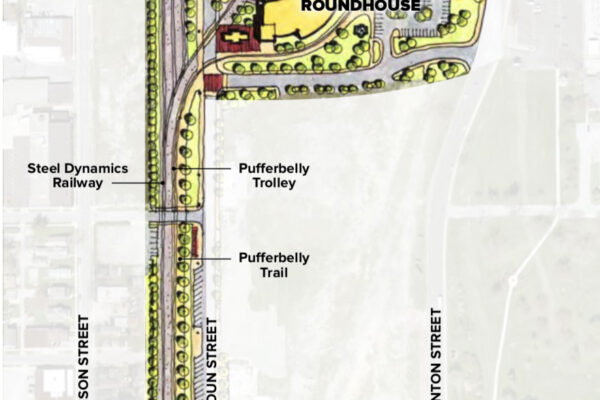 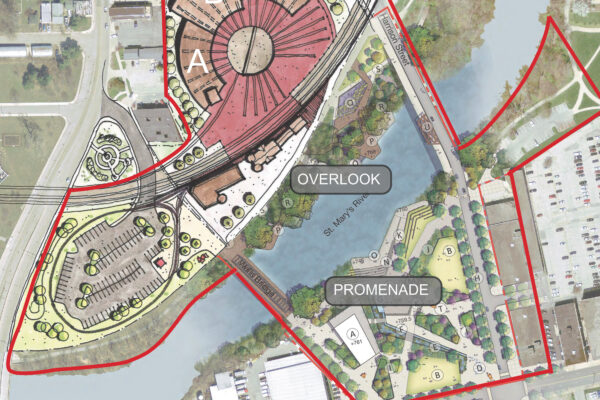 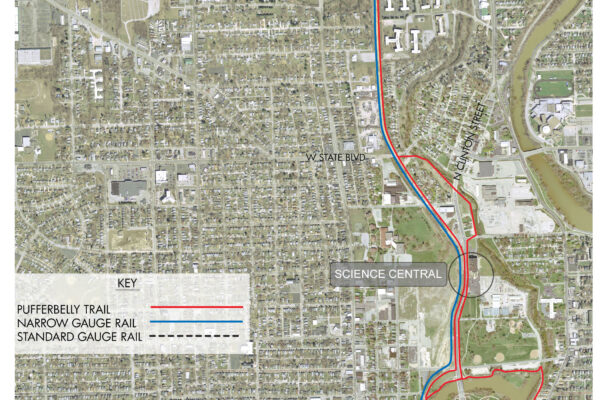 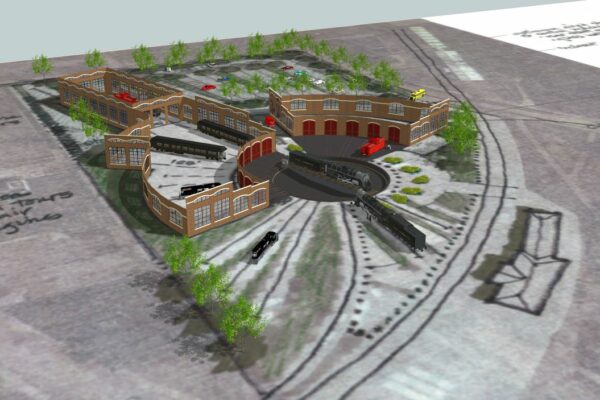 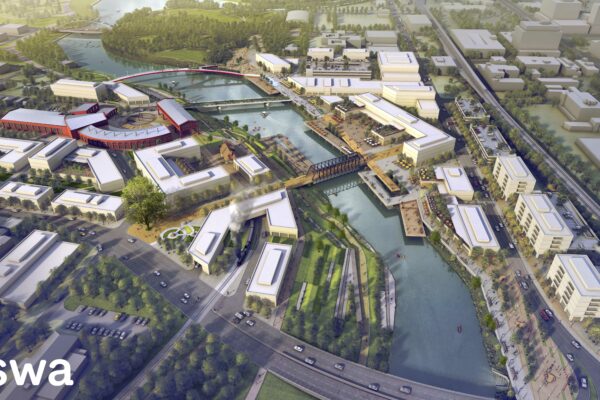 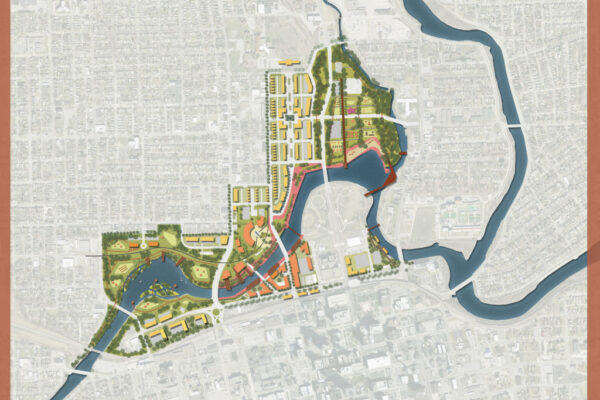 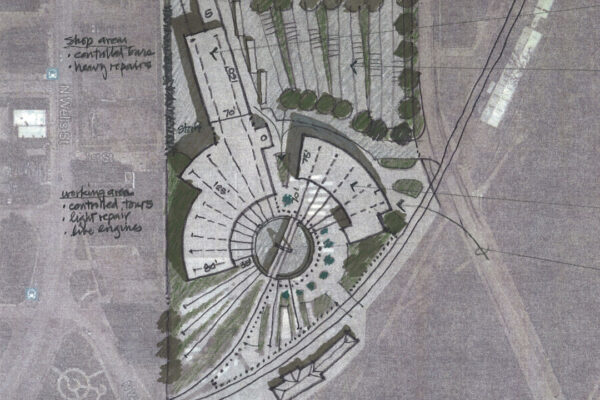 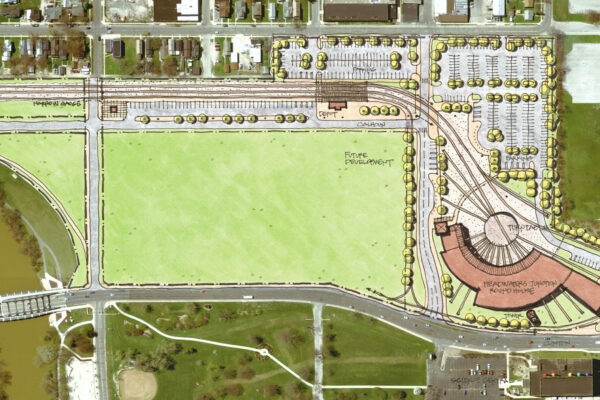