By Kelly LynchDecember 15, 2019Endorsements, News and Updates
No Comments 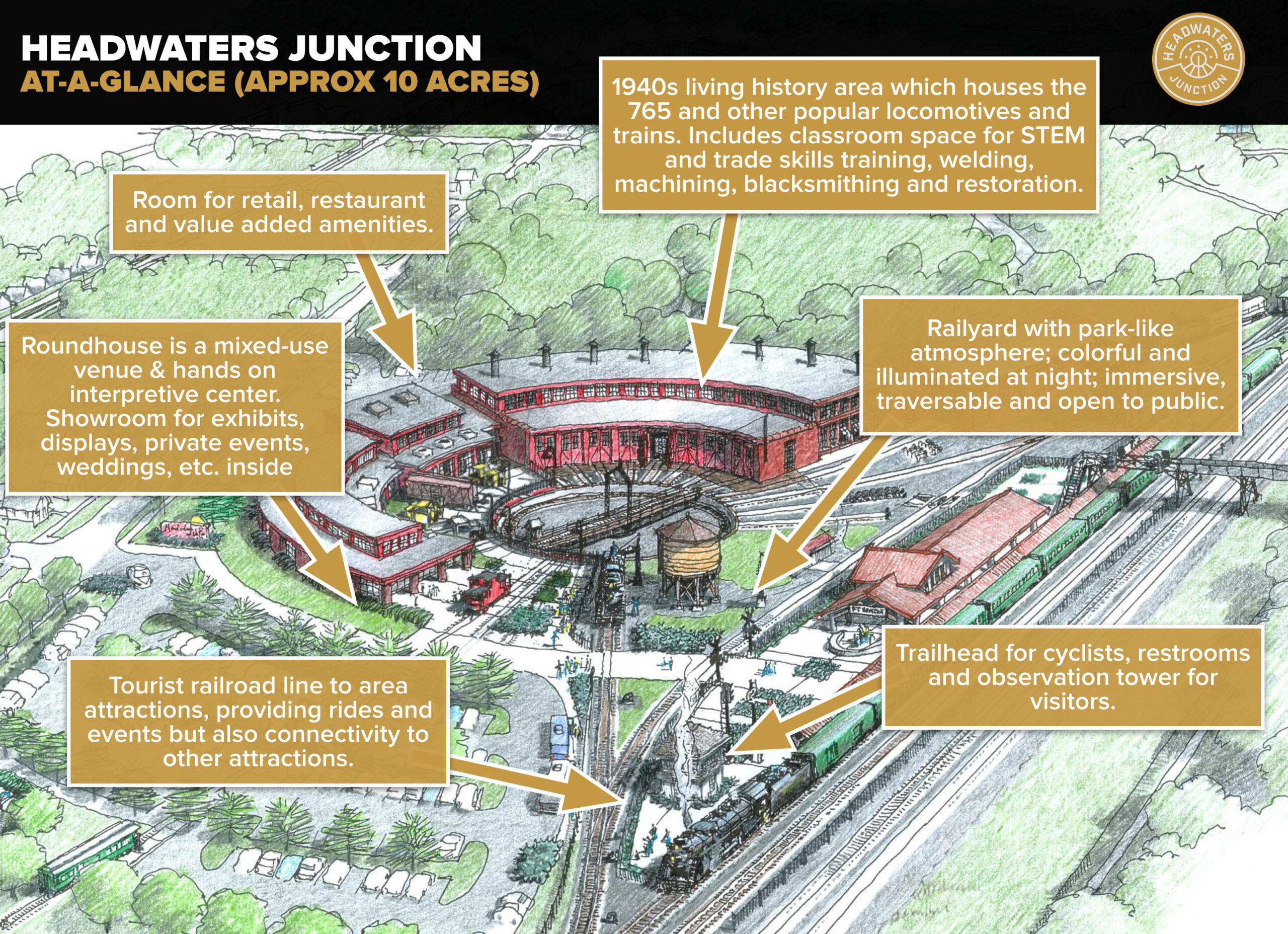 In today’s Journal Gazette, the editorial board makes the case for Headwaters Junction:

• Railroad operations are a part of Fort Wayne’s fabric, as authentic as its three rivers and its canals. Locomotives and freight cars were built here and neighborhoods grew up around the train yards. Fort Wayne was the largest railroad city between Altoona, Pennsylvania, and Chicago.

• Headwaters Junction is a natural fit with the St. Marys River, the riverfront and adjacent neighborhoods. The proposal is to operate excursion trips and a trolley on a limited basis, primarily on weekends and for special events. Imagine those Polar Express trips, the Easter Bunny Express, Ghost Train and more.

• Created as a nonprofit, Headwaters Junction won’t be subject to taxes. But it is likely to serve as an economic engine every bit as mighty as the vintage steam locomotive that will serve as its centerpiece. Now operating out of New Haven, the 765 draws thousands of passengers and onlookers for its limited excursions, including train enthusiasts from around the world. Headwaters Junction is projected to draw as many as 146,000 visitors a year, with a total economic impact of about $65 million. “This is a significant regional and local impact,” concludes a 2018 analysis by Stone Consulting.

There’s much to like in Land Collective’s plan. Add Headwaters Junction and the next phase of riverfront development really picks up steam.