By Kelly LynchOctober 1, 2019Uncategorized
No Comments

Known primarily as a riverfront destination inspired by the city’s industrious railroad history, Headwaters Junction intends to use a restored interurban car, Union Traction no. 429, named “Noblesville” on its proposed tourist railroad line, enabling passengers to ride between different points of interest along the riverfront and near downtown. The 429 once frequented Fort Wayne in the 1920s and 30s, shuttling passengers throughout the state in the era before the highway system.

“As our project gets closer to fruition, it’s important that our operating, moving attractions are not only culturally relevant to Fort Wayne, but enable us to host visitors and connect them to the city in a unique and special way,” explained Kelly Lynch, Executive Director of Headwaters Junction. 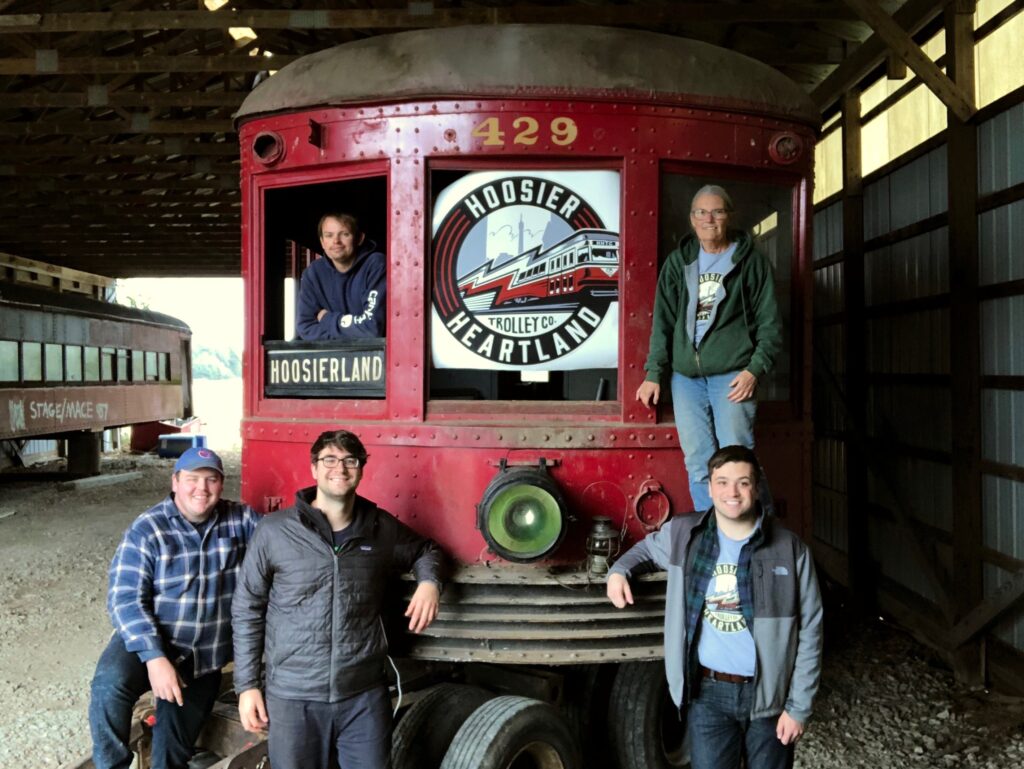 “So many people identify Headwaters Junction as just the future home of our restored and operating 1940s steam locomotive no. 765, but the project will also host a fleet of colorful attractions that will help drive tourism and activity along the riverfront.”

“Hoosier Heartland’s primary mission is to spark the imaginations of people of all ages and learn about the art, science and culture of our Indiana history. Headwaters Junction is the perfect match for our efforts to bring these streetcars back to life,” explains Austin Mace, President of the Hoosier Heartland Trolley Company.

Mace adds, “Having an outreach location at Headwaters Junction is a monumental first step in helping bring the story of Indiana’s electric railway history to life as we continue developing our plans for a permanent home in the state for the rest of the collection.”

The restoration of 429 is slated to take place over the next 36-48 months and funded primarily by private donations. Headwaters Junction recently announced a purchase agreement for nearly a mile of historic right-of-way between Harrison and Polk Street and while a final location for the project is yet-to-be-determined, Junction advocates are working closely with the city and its consultants on a location of best fit.

Northeast Indiana used to be home to one of the largest interurban networks in the Midwest — a series of railroad passenger lines operated by streetcars, trolleys and “interurbans” that were the highway system of the early 20th Century. The Hoosier Heartland Trolley Company was formed in 2018 to provide a strategic plan and home for numerous pieces of interurban equipment salvaged from a closed railroad museum operation in central Indiana.

Check out this footage of the former streetcar and interurban network in the Fort Wayne region!