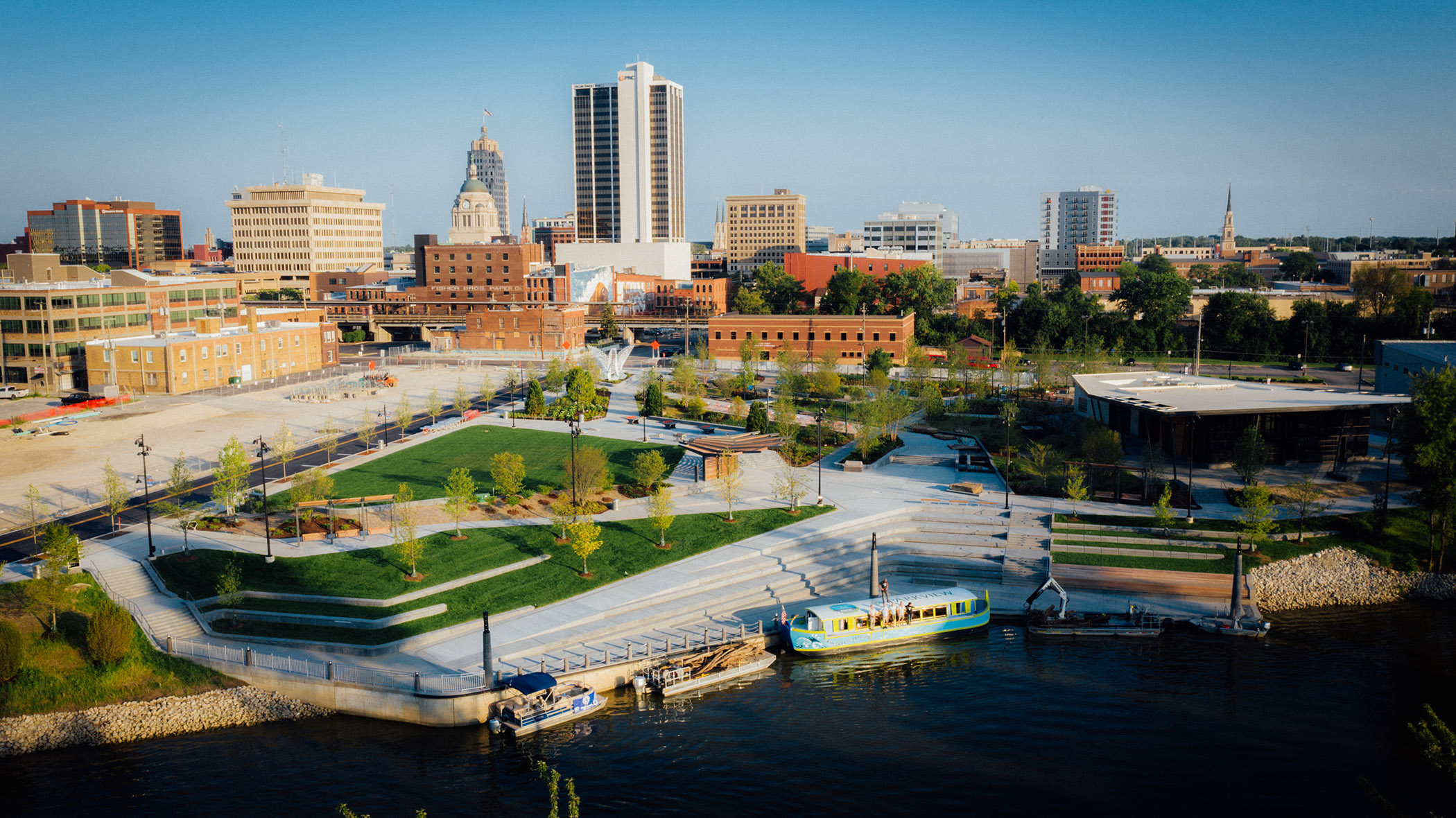 The Journal Gazette’s Sunday editorial sets the tone for the next phase of riverfront development and further endorses Headwaters Junction as an important project, days after reports indicated that consultant recommendations were “delayed.”

When Promenade Park is unveiled on Friday, riverfront development critics will be as hard to find as Parkview Field naysayers. The beautiful riverfront park will dispel any doubts an urban oasis can be created from unappealing terrain.

Promenade Park also is likely to whet resident’s appetites for the next phase of riverfront development, now on the drawing board at David Rubin Land Collective. The plan created by the landscape architecture and urban design studio was expected this summer, but city officials now say it will be available to the public sometime before October.

When residents were invited to offer suggestions at public information-gathering sessions in January and March, hundreds showed up to share ideas.  At one gathering, Fort Wayne resident Pete Prowant endorsed the Headwaters Junction proposal for a railroad-themed attraction on a portion of the North River site, where Omnisource was once located.

“My favorite thing that might come out of this is I’d like to see (locomotive) No. 765 and Headwaters Junction,” Prowant said in March. “We have to make sure we don’t just function for five months out of the year. It has to be year-round to be an attraction.”

Glenn Ellenberger said nearby development prompted his bakery’s decision to buy the former Jack and Johnny’s location on North Wells Street and restore it as the new home for Purple Mountain Cheesecakes. He especially likes the idea of Headwaters Junction.

“There’s no question about the potential,” he said. “Those steam locomotives are so popular. They are always such a huge attraction and something you can do repeatedly. It would be a major draw.”

Fort Wayne residents are long past the days of doubting our potential. The Land Collective, which created cutting-edge designs for Eskenazi Hospital and Newfields Art Museum in Indianapolis, should know our community is expecting the same bold plans as our riverfront renaissance continues. Headwaters Junction could help bring the returns expected from the $2.4 million invested in planning.