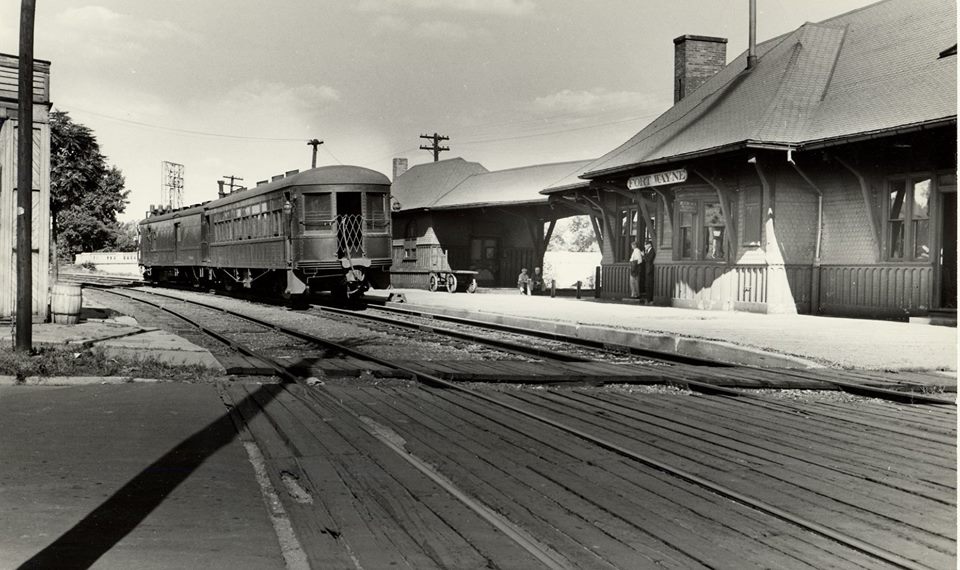 As reported in The Journal Gazette:

The plan for Headwaters Junction has chugged forward, moving closer to being part of the redevelopment of the North River property in Fort Wayne.

The nonprofit organization behind the attraction has secured a purchase agreement with the Norfolk Southern railroad for 1.4 miles of railroad right of way. The acquisition would bring historic trains up to the approximately 30-acre former OmniSource property across Clinton Street from Science Central.

The multimillion-dollar proposed attraction would offer the public a chance to learn about, view and ride trains headed by 20th-century locomotives already woven into the city’s culture and history.

Backers say the venue could attract 140,000 visitors and provide more than $63 million in economic impact annually.

…
Headwaters Junction still would need about 8 acres of additional land along the west side of the North River property to continue the track to an area at the northern end proposed to house a restored passenger depot and a restored working roundhouse for locomotive storage and viewing.

“But Headwaters Junction is not taking everything (at North River) by any means. The rest is in redevelopment hands,” Steininger said, referring to the Fort Wayne Redevelopment Commission, which bought the property for $4.6 million in 2017.

…
“We’re fully engaged with them (Headwaters Junction officials) on this, and we are investigating and looking at the project and how and where and if it will fit,” she said. “We’re not saying it’s not a good fit. It needs to be made clear there are no commitments at this point.”

“The reason (for the announcement of the right-of-way acquisition) is to prove to David Rubin and the city that we have the connector. Until we have this, we don’t feel like we can go after any (additional) money” for other aspects of the project, he said.

The group last week mailed out a glossy fundraising prospectus. Steininger said the $560,000 used to purchase the right of way came from already-raised funds. Headwaters has about $2 million in hand and will need $5 million to complete the first phase of its vision. The entire project cost has been pegged at $15 million, he said.

Norfolk Southern has to receive approval from the National Transport Safety Board before it can vacate the right of way, which was once a spur that transported coal to the city electric plant at what is now Science Central, said Kelly Lynch, Headwaters Park executive director.

Also, grade crossings at several streets along the route – including Ewing, Harrison and Fourth streets – must be worked out as to the level of safety required.

He said the attraction will run more than just the Fort Wayne Railroad Historical Society’s locomotive No. 765 on the track, dubbed the Steel Dynamics Railroad. Built in 1944, the gleaming black behemoth is one of only five restored mainline steam locomotives still in operation on the continent, Lynch said.

The group has been acquiring other engines, including Wabash locomotive No. 534, built in 1906, and two other Nickel Plate railroad engines, including one that sat in Swinney Park for several years. The addition of a trolley also may be somewhere down the road, Lynch said.

The fundraising brochure lists 18 proposed events built around holidays and the engines – from a Valentine’s Day train in February to A Day out with Thomas in August and the railway society’s already-popular Santa Train in December.

Lynch said the railroad should not be a nuisance to surrounding neighborhoods.

“It’s not operating four times a day. It will be weekends and traveling at 10 miles an hour as a (seasonal) tourist railroad,” he said.

However, as proposed now, the railroad would go down the middle of Polk Street. The street is unoccupied, Lynch said.

“There’s nothing we have to tear down or move out of the way to put the railroad back in where it used to be,” he said.

Tyndall said Land Collective’s report is expected by late summer or early fall. Consultants are now working on the second and third phases of the riverfront, including a master plan for surrounding neighborhoods and strategies on how to connect people to riverfront attractions, she said.

After the report is received, the redevelopment commission likely would approve “some mechanism to determine the next steps for the (North River) property,” Tyndall said.

Several attendees at the March 8 public meeting hosted by the consultants told The Journal Gazette they wanted Headwaters Junction included.