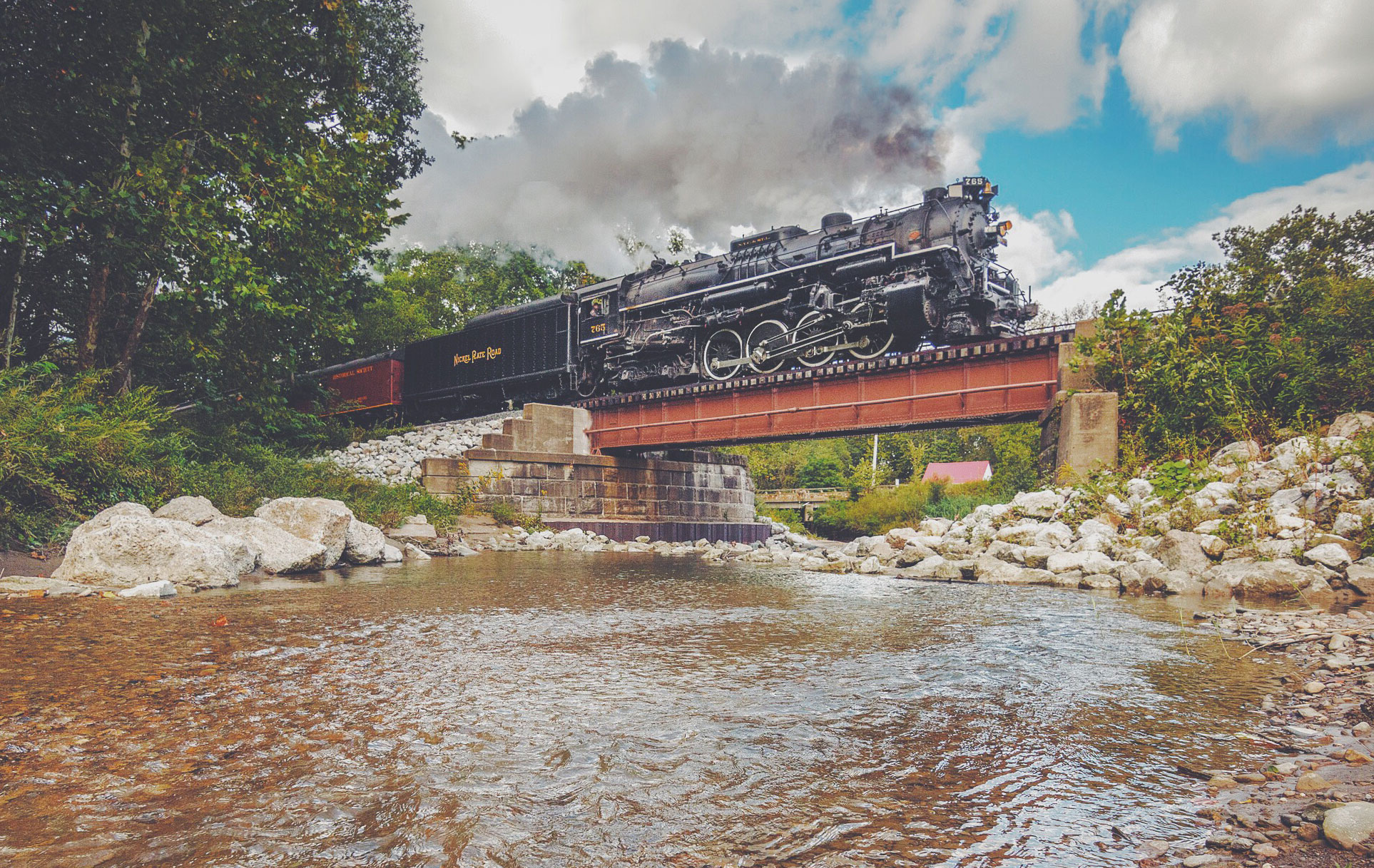 The News Sentinel reports on the first tourist excursions out of Fort Wayne this year:

Standing next to a steam locomotive overwhelms the senses. The ground rumbles. The train whistle screams. Heat radiates. That experience is no longer a part of history. For Fort Wayne folks, traveling by a steam-powered train is possible once again thanks to the work of the Fort Wayne Railroad Historical Society and the preservation of Nickel Plate Road Engine No. 765.

The service is thanks to a partnership with Norfolk Southern’s 21st Century Steam Program, which also includes several other round-trip excursions from Youngstown, Ohio, and Buffalo, N.Y., as well as Allentown and Scranton, Penn. At this point, there are no overnight trips.

“The engine has probably one of its busier years in the last decade or two planned for it. Some of those places it’s been to before, but other places where it’s never been before. There’s are a lot of really great milestones, figuratively and literally, to be covered this year. This is kind of like a reunion tour, so to speak, because the engine went on some very popular and very memorable trips,” Lynch said.

Moving toward the future

Since 2012, No. 765 has led the 21st Century Steam program with great success, operating sold-out trips on numerous occasions throughout the Midwest. The society’s first public trip out of Fort Wayne in more than 20 years sold out in less than two hours. For each trip, passengers regularly travel from all 50 states and around the world to experience the historic train.

The success of the society and the popularity of railroad tourism has propelled the organization into the center of the Fort Wayne Riverfront master plan where a proposed development named Headwaters Junction will feature No. 765.

As part of Phase 1 of the riverfront plan, Headwaters Junction will feature a recreated railroad roundhouse, interpretive and events facility, and annual operations and programming. The society is currently exploring a feasibility study for the project with the city of Fort Wayne and private donors.

“For us, it’s always worth it to continue to bang the drum, especially when we talk riverfront development and the Headwaters Junction project. The more people that come to understand and experience the 765 and what we offer as a tourist attraction the more Headwaters Junction makes sense and there are a number of people in the community that have heard about the train and the idea but they still don’t understand it and this trip, like that others in the past, will prove the magnet effect and status.”

“This is not a pipe dream anymore. This is a real success story that happens outside of Allen County throughout the year and this Headwaters Junction project is opportunity to bring that success story to downtown,” Lynch said.