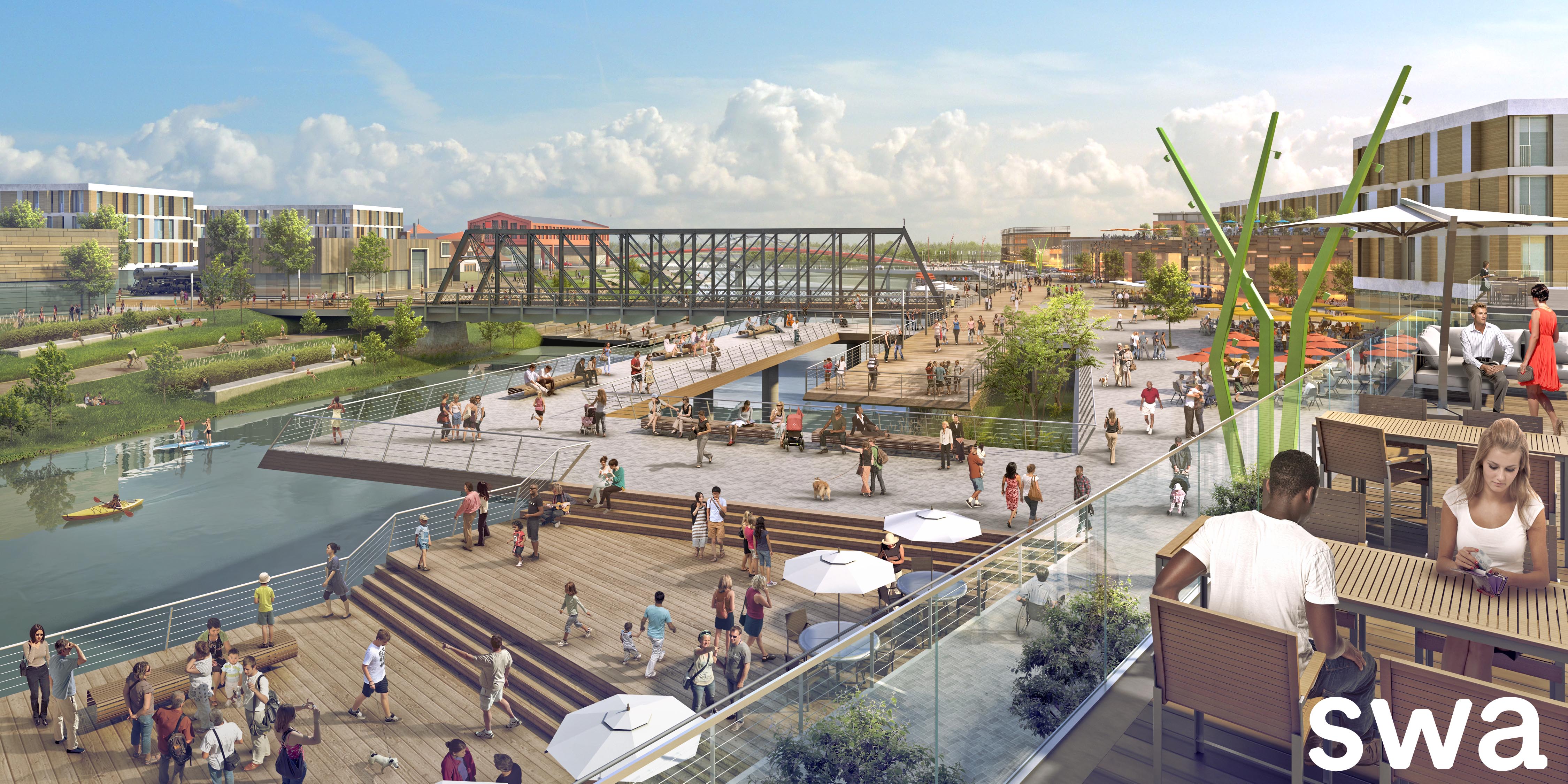 From the City of Fort Wayne:

Mayor Tom Henry today announced positive progress is being made in the City of Fort Wayne’s riverfront development efforts, including the first grant from the Community Foundation of Greater Fort Wayne.

Mayor Henry was joined by community leaders to provide a status report on the initial steps being taken to enhance the City’s riverfront. At the same time, Jane Gerardot, chairperson of the board of directors of the Community Foundation of Greater Fort Wayne, announced an initial grant of $42,000 for a riparian development master plan.

At the request of Mayor Henry at his State of the City Address, a Riverfront Implementation Committee has been working to coordinate the riverfront plan and is focusing on a series of initiatives to move riverfront development forward.