By Kelly LynchFebruary 16, 2015News and Updates
No Comments 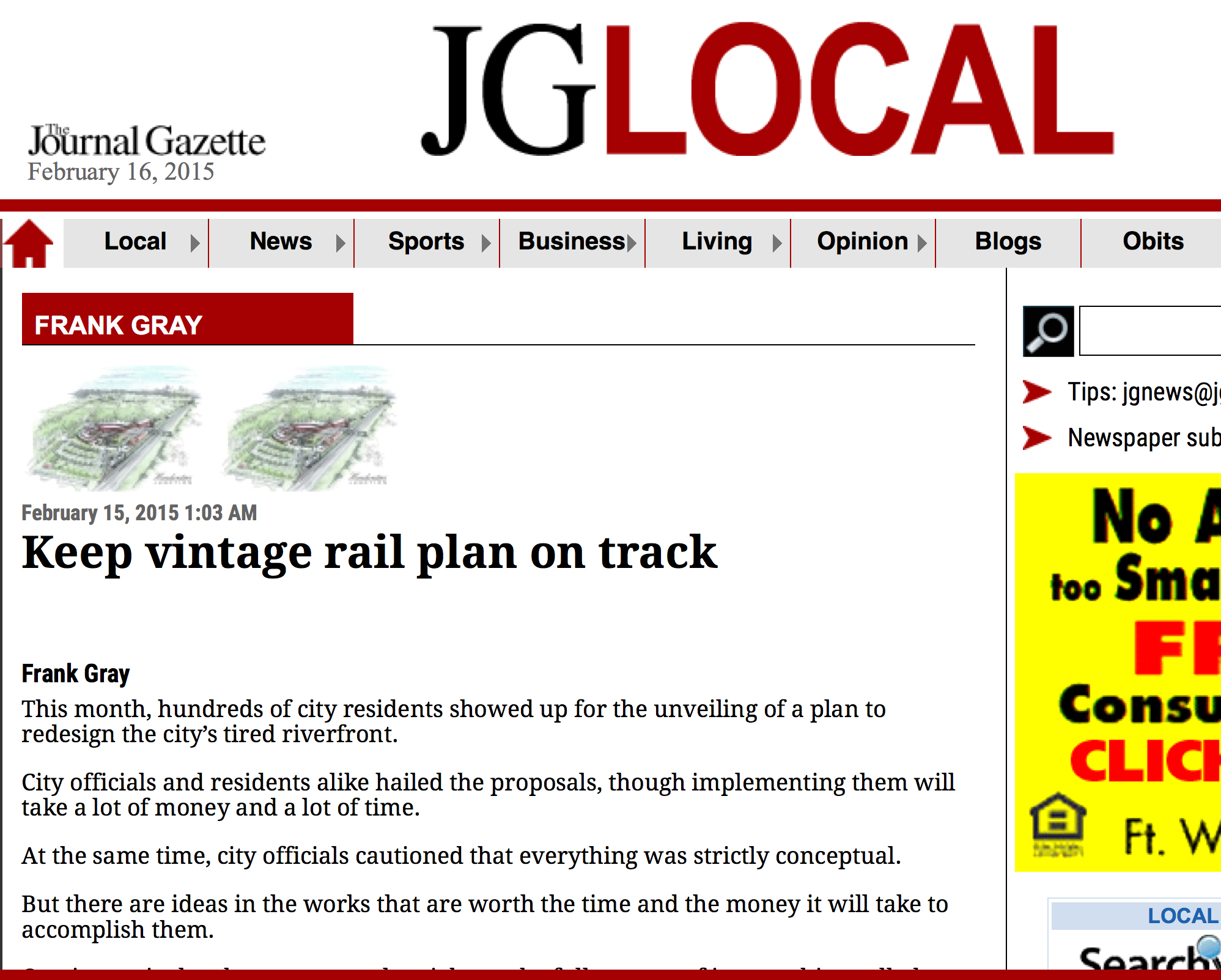 This month, hundreds of city residents showed up for the unveiling of a plan to redesign the city’s tired riverfront.

City officials and residents alike hailed the proposals, though implementing them will take a lot of money and a lot of time.

At the same time, city officials cautioned that everything was strictly conceptual.

But there are ideas in the works that are worth the time and the money it will take to accomplish them.

One in particular that some people might not be fully aware of is something called Headwaters Junction. That is a proposal to relocate the Fort Wayne Railroad Historical Society’s steam locomotive, No. 765, to a spot north of the river, close to Headwaters Park and downtown Fort Wayne.

The notion of moving the locomotive from its out-of-the-way home in a huge dusty, smelly metal barn in a rather remote area of New Haven to the heart of the city doesn’t appeal to everybody. Some people have the wrong impression that people want to open a railroad-themed museum with the locomotive.

The consultants seem to realize that if the goal is to draw people to the city, you need a catalyst, a drawing card – and that No. 765 is just what the city needs.

Kelly Lynch, communications director for the Railroad Historical Society, has seen the kind of crowds that old train, with its 6-foot-tall steel wheels, can draw. People – people without tickets – have shown up by the thousands just to see the train as it has pulled into cities to take on passengers for trips.

When the train schedules excursions, tickets have sold out not in a matter of days or even hours, but sometimes in less than an hour.

…Now we’ve got world-class urban designers recommending that the locomotive be a central part of the plan, and that should say something to all of us. They recognize what we have.

…The city has a chance here, an opportunity hundreds of other cities couldn’t even dream of. We shouldn’t let it slip away.