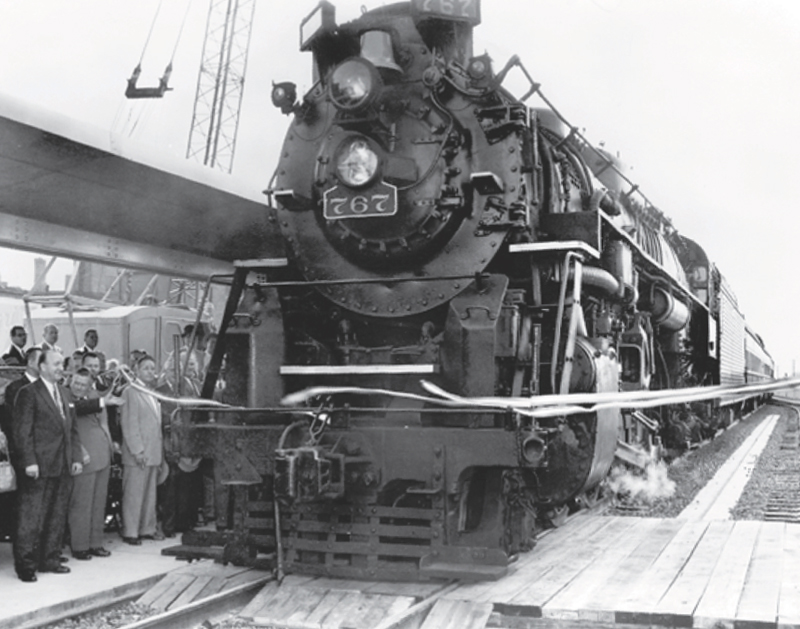 As reported by the Journal Gazette:

But the two celebratory excursions next week are only a preview to what Lynch and other railroad enthusiasts hope will become a more permanent part of our city with the Headwaters Junction plan. As part of riverfront development, Headwaters Junction would involve a train platform and new tracks for a local train connecting Fort Wayne’s top attractions, such as the Fort Wayne Children’s Zoo and Science Central, by our historic steam locomotives.

Lynch said a new layout for the plan is expected to be made public sometime soon, but the idea is to have the trains run adjacent to downtown and the rivers, connecting Fort Wayne’s trails and current attractions to future attractions along the riverfront as the city develops.

The Headwaters Junction plan would bring more people into downtown and make train trips more common, meaning more opportunities for everything from inexpensive dinner trains to excursions to regional and tri-state destinations.

Locals already got a taste of our steam locomotive’s potential last October when the historic 765 made a round trip from New Haven to Lafayette. Because the trip sold out within two hours, Lynch thinks locals would like to see passenger trains utilized more often around the city as an alternative means of transportation.

In September 2012, Jim Wrinn, editor of TRAINS Magazine, called the Headwaters Junction idea one of the top railway preservations projects in the nation.

“The potential it has to become a catalyst for tourism, an engine for economic development, and a spark for the overall livability of your city is enormous,” Wrinn said.