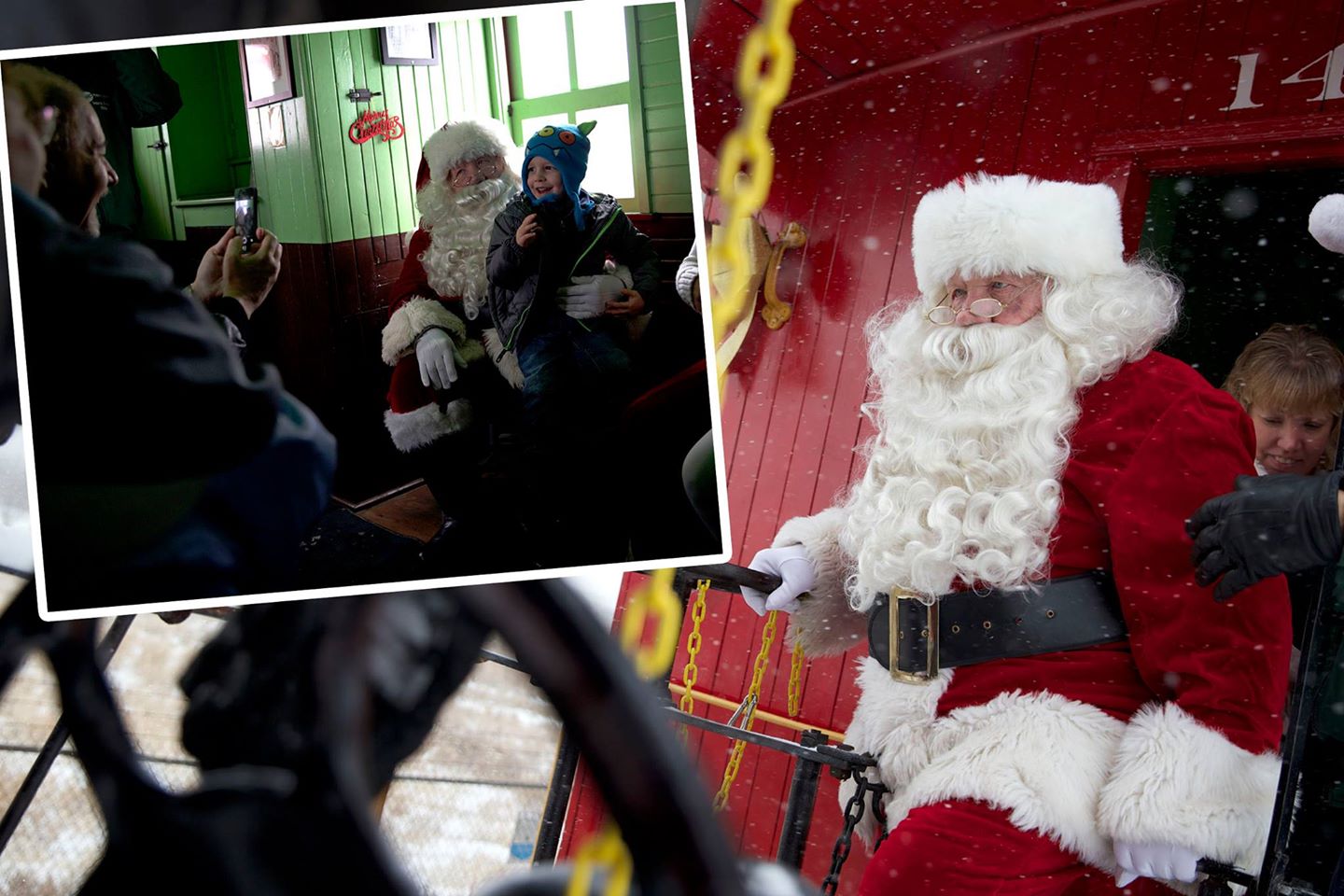 Each year the Santa Train grows in popularity. Part of the Headwaters Junction concept would reposition the Santa Train within sight of downtown, and bring with it the capability to carry hundreds more on a journey to the North Pole. We often say that the city already has the Polar Express in steam locomotive no. 765, and downtown could become the Christmas tree.

The Journal Gazette covered the record breaking first weekend of the Santa Train in their December 8th article, where 400 tickets were sold in an hour.

The Fort Wayne Railroad Historical Society continues to see more interest in its seasonal Santa Train, which also runs Dec. 14 and 21. More than 700 passengers showed up for the first day of excursions Saturday to take a short voyage on a caboose with Santa Claus.

The first children to hop on the caboose seemed a little apprehensive to see Santa already on board, but they quickly warmed up as the train gently pulled off. Snacking on candy canes along the way, children shared time on Santa’s lap, while parents took photographs and enjoyed the slow and steady ride.

“The range of reasons of why people like trains or are intrigued by passenger travel is as long as this line,” he said, glancing at the line of people that extended past the black, historic, 14-wheeled Nickel Plate No. 765 steam locomotive housed inside the center.

“That’s what makes it so unique – everybody that works here, our volunteers, people who ride the trains, all have their own unique stories that they bring to it.”

Geary said the event offered him a chance to show his granddaughter a caboose that was similar to the one Geary’s great-grandfather worked in during the 1930s and ’40s for the Pennsylvania Railroad.

“You see trains from the time you are born, but very few people get to ride trains anymore. When I was kid that was the way around. This is kind of a special thing,” he said. “I never knew about (Santa Train) before this year. It may become a new tradition.”

Lynch said reviving the city as a highly connected hub for train travel is an economically and culturally viable idea and events like Santa Train inspire travel alternatives for the next generation and their children.“It proves that there is a culture shift that’s occurring, and people my age, in their late 20s, are seeking out cities that are interested in being progressive and being able to provide options,” he says. “One of the things that drive us is not to just remind people of what was, but what it could be.”