A Rocket Ship Down Main Street: Fort Wayne’s Own “Endeavour” 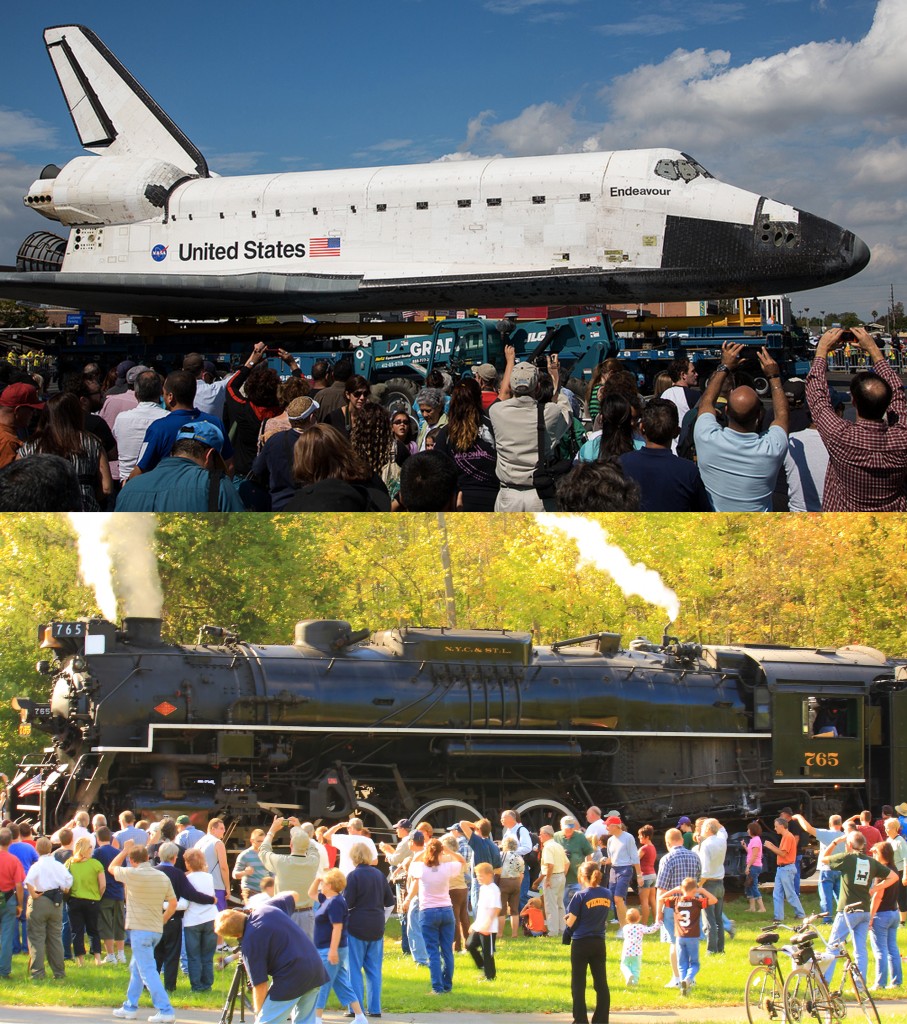 One of the best descriptions of what its like to share Fort Wayne steam locomotive no. 765 with the country is that it’s a lot like taking a rocket ship down Main Street. We’ve used this comparison for several years and its evocative of the unusual wonder the locomotive inspires.

As Space Shuttle Endeavor ventured to its final display site in California, this description has proven incredibly accurate. The Endeavor’s 2-mile-an-hour crawl through city streets inspired sites incredibly similar to what we see every year. The parallels are remarkable, with many recognizing that “a piece of history” is passing through their neighborhoods or that the sighting is “once in a lifetime.” The mayor of Los Angeles proclaimed, “This is a piece of American history and a symbol of American spirit.”

Remarkably, Endeavour’s retirement to a museum is where the similarities end. The 765 remains and will continue to be an operating, mobile attraction, useful in countless more ways than as a static display piece. In addition to having its own Polar Express, Fort Wayne also has its own rocket ship. We remain hopeful that the City of Fort Wayne will be able to take advantage of this and realize the potential of its own Endeavour.

What would a rocket ship downtown do for Fort Wayne?

Thanks to Walter for helping us illustrate what an actual rocket ship down Main Street looks like.